An extreme destination due to its remoteness, its climatic conditions and the density of its fauna.

Located more than 1,300 kilometers from the Falklands, the exploration of this mountainous island in the South Atlantic is defined by the Furious Fifties and katabatic winds. The fauna does not care: the presence of animals is disproportionate.

a unique place for wildlife

South Georgia is an island located in the middle of the Antarctic Convergence. This isolation and harsh climate have kept it safe from human influence and preserved as a wildlife haven.

During the peak of the breeding season (October-November) the concentration of animals on some beaches is the highest in the world:

33 species of birds including 1,500 pairs of wandering albatrosses (20% of the world’s population) and Antarctic and giant petrels.

Between the 19th century and the first decades of the 20th century, whales and seals were decimated for their fat and skin. Most species of whales have still not recovered their numbers to date. On the other hand, fur seals now number millions of individuals, a larger population than the previous one. 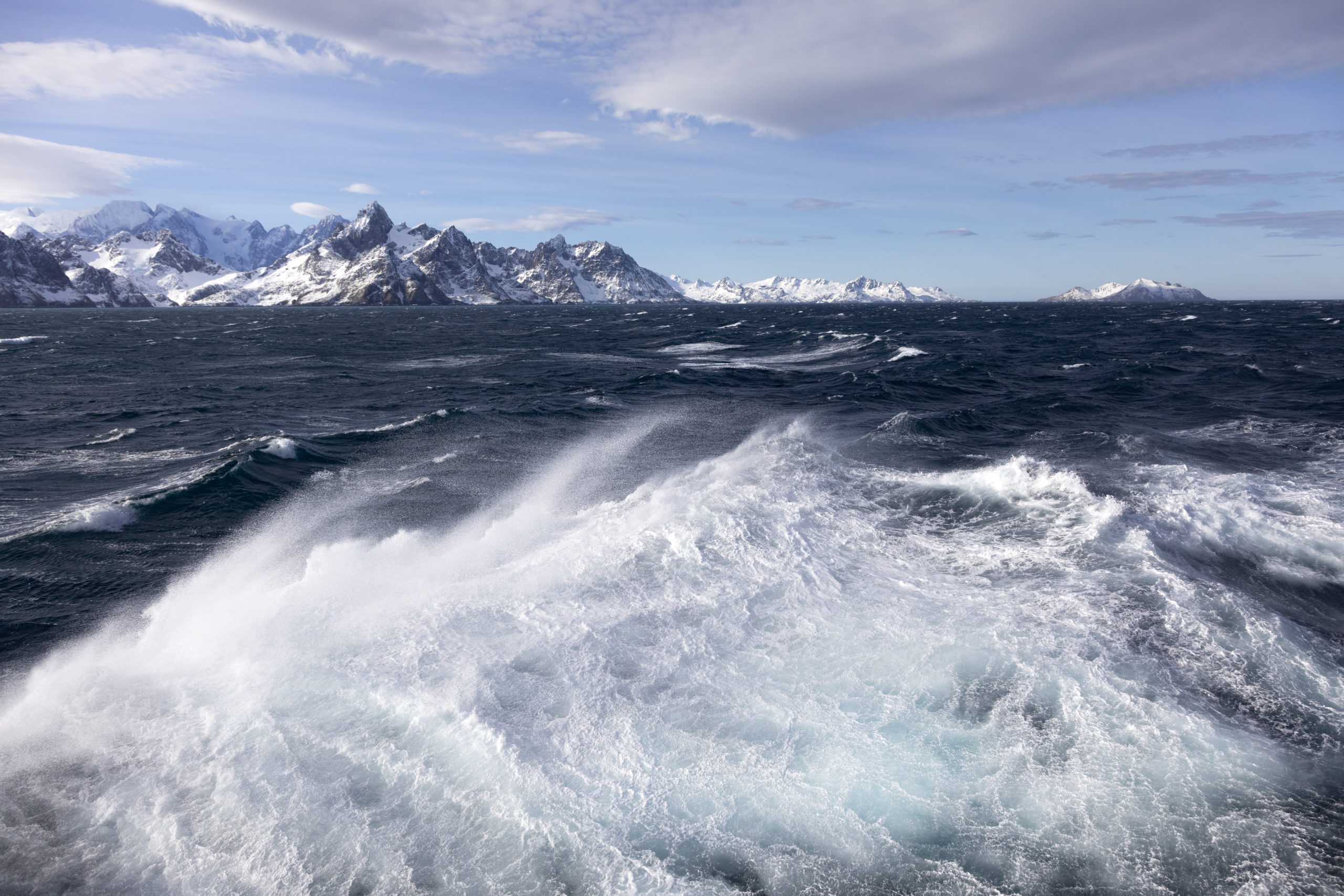 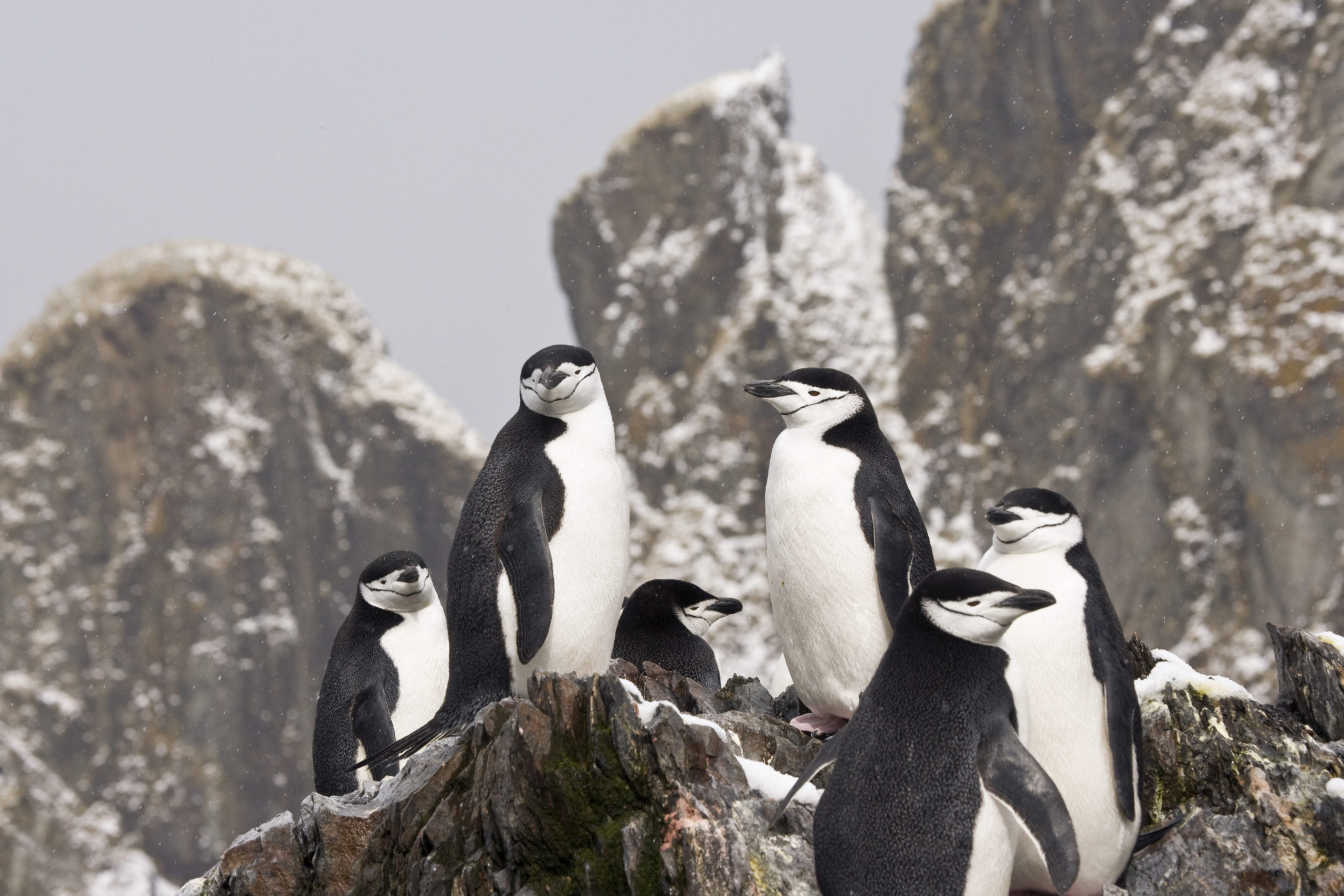 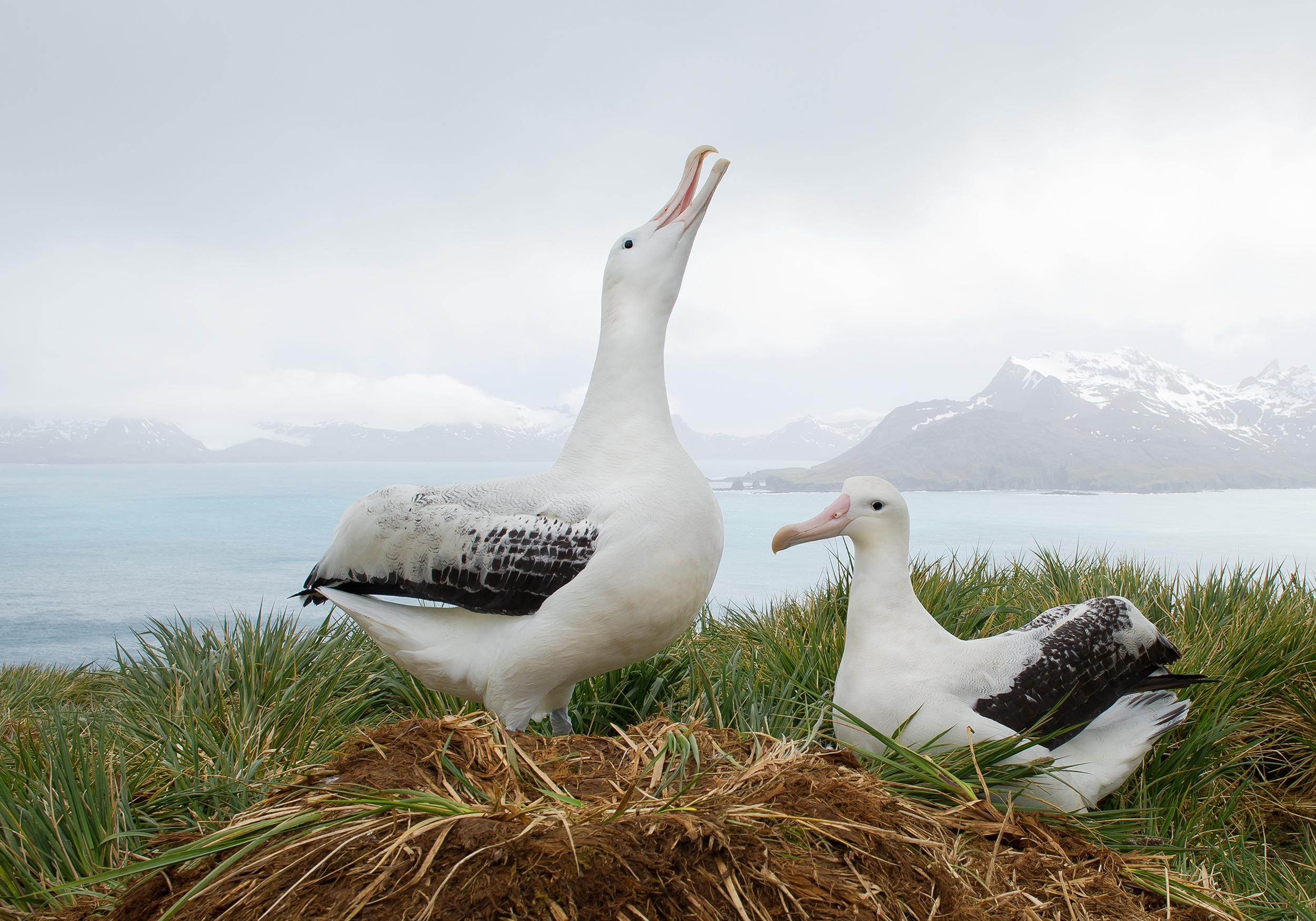 33 species of birds including 1,500 pairs of wandering albatrosses (20% of the world’s population) and Antarctic and giant petrels.

In several areas of the coast the wandering albatross nests every two years. This bird only comes ashore for that. The rest of the time is spent at sea, in flight or floating. Pelagic birds like him use the updrafts generated by the waves to stay in flight without, almost never, the effort of flapping their wings. It would be like surfing the air above the waves. At its size, there would be no way to get enough energy to spend the day flying in a conventional manner. Today albatross populations are in decline due to accidental capture by fishing boats.

Saint Andrews Bay and Salisbury Plain are home to the island’s two main king penguin colonies. Between these two places are distributed half a million specimens which lay their eggs and raise their offspring. They have a very peculiar way of doing it: the chicks are not scattered on the beach but ll together in a crowd of thousands. The adults enter the group and recognize their young by their characteristic call. It’s amazing among so many people, but all in all, maybe they are just like us, able to differentiate one face among millions …

Occasionally an elegant leopard seal lays quietly on the beach. They hunt penguins and even some babies of another species of seal, but the truth is that their diet also includes a large amount of plankton. When it comes to whales, the most abundant and visible (due to their behavior) are humpback whales, but we can also encounter fin whales, blue whales, right whales and more.

All of this is just a very brief description of this magnificent world. Come see for yourself!

At the start of the 20th century, Norwegian Carl Anton Larsen established the island’s first whaling factory in Grytviken Bay. The oil produced by cooking fat was in great demand. It was used as fuel for oil lamps and to make margarine, soap, and other products. The number of whales was such that in the early years hunters rarely needed to go out fishing outside the bay. 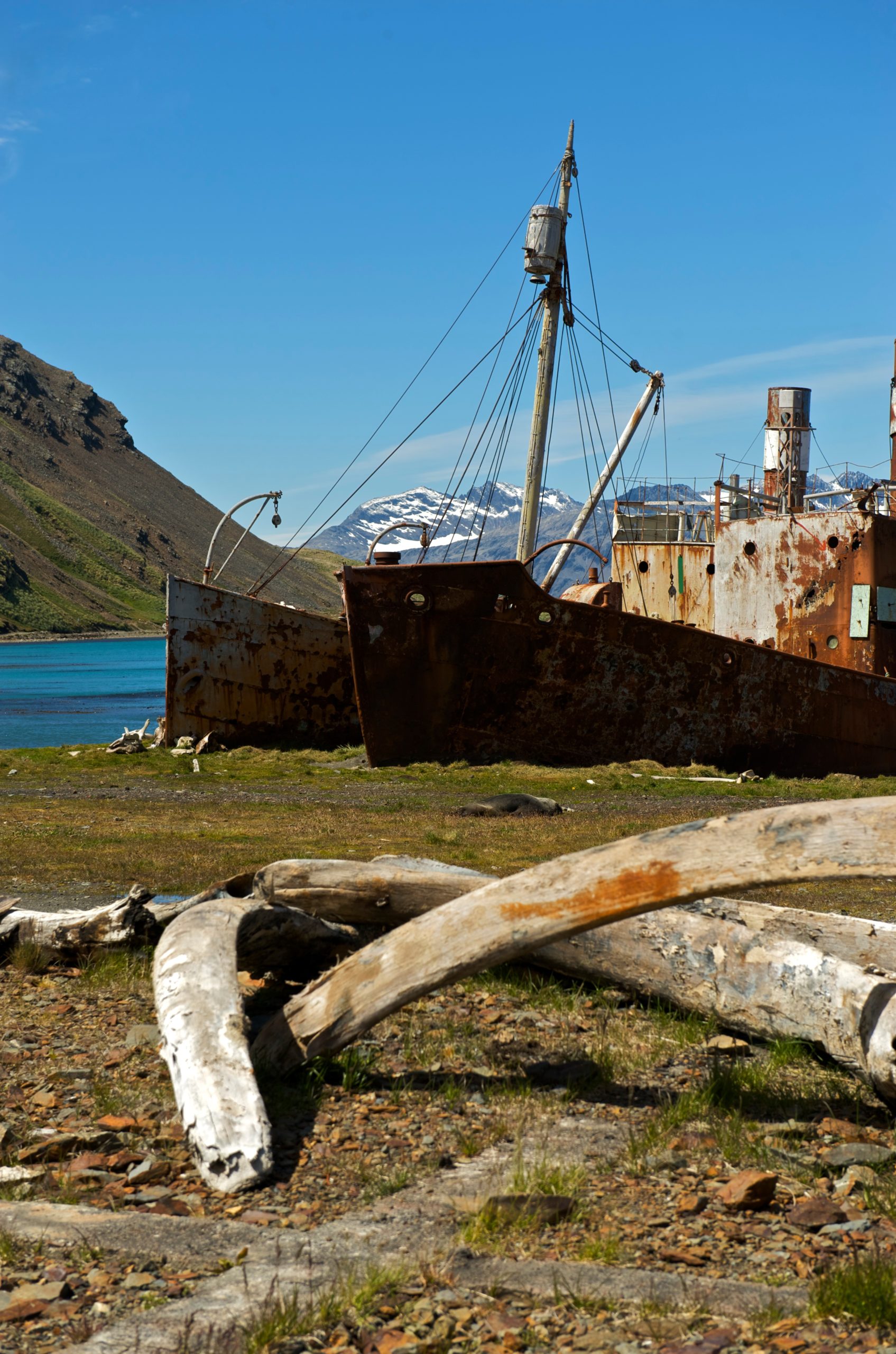 Then more factories were established on the island and the whale population began to decline.

The danger and smell of rotting in these places was hardly bearable. The odor was, according to Tim Flannery (On the Minds of the Whales, NYRB, February 2012) that of  “putrid vapors [resembled] the pong of bad fish, manure, and a tanning works mixed together”. And the dangers were no less violent and original “A rotting whale could fill with gas until it burst, ejecting a fetus the size of a motor vehicle with sufficient force to kill a man. “.

At this time the right whale was seriously decimated, since the quality of its oil was very good and this animal remained motionless on the surface. Its name comes from the set of its suitability to be hunted and that of its oil. As the effort required to hunt whales rapidly increased due to overfishing, they began to hunt elephant seals, as fuel could also be extracted from their fat.

Factories were disappearing as resources were depleted, and also because of the appearance on the market of oils derived from petroleum and vegetables.

Today, the ghostly remains of these places are still in place. These landscapes of broken machines and rusty instruments are very slowly invaded by mosses and lichens. Due to the high winds on the island, any piece of metal can blow away at any time and for safety reasons there is a ban on approaching within 200m of the whaling factories.

The Grytviken whale factory is an exception to this rule. Here we are not obliged to respect any safety distance, making this place a paradise for photography of abandoned industries and varied textures. It also has a Lutheran church and an interesting little museum.

Very close to Grytviken there is a permanent British Antarctic Survey research station. This settlement constitutes the capital of South Georgia and the South Sandwich Islands. Currently twelve BAS personnel overwinter at the station, making it the smallest capital in the world by population.

Their main field of research is sustainable fishing and the monitoring of some of the species that inhabit the island. 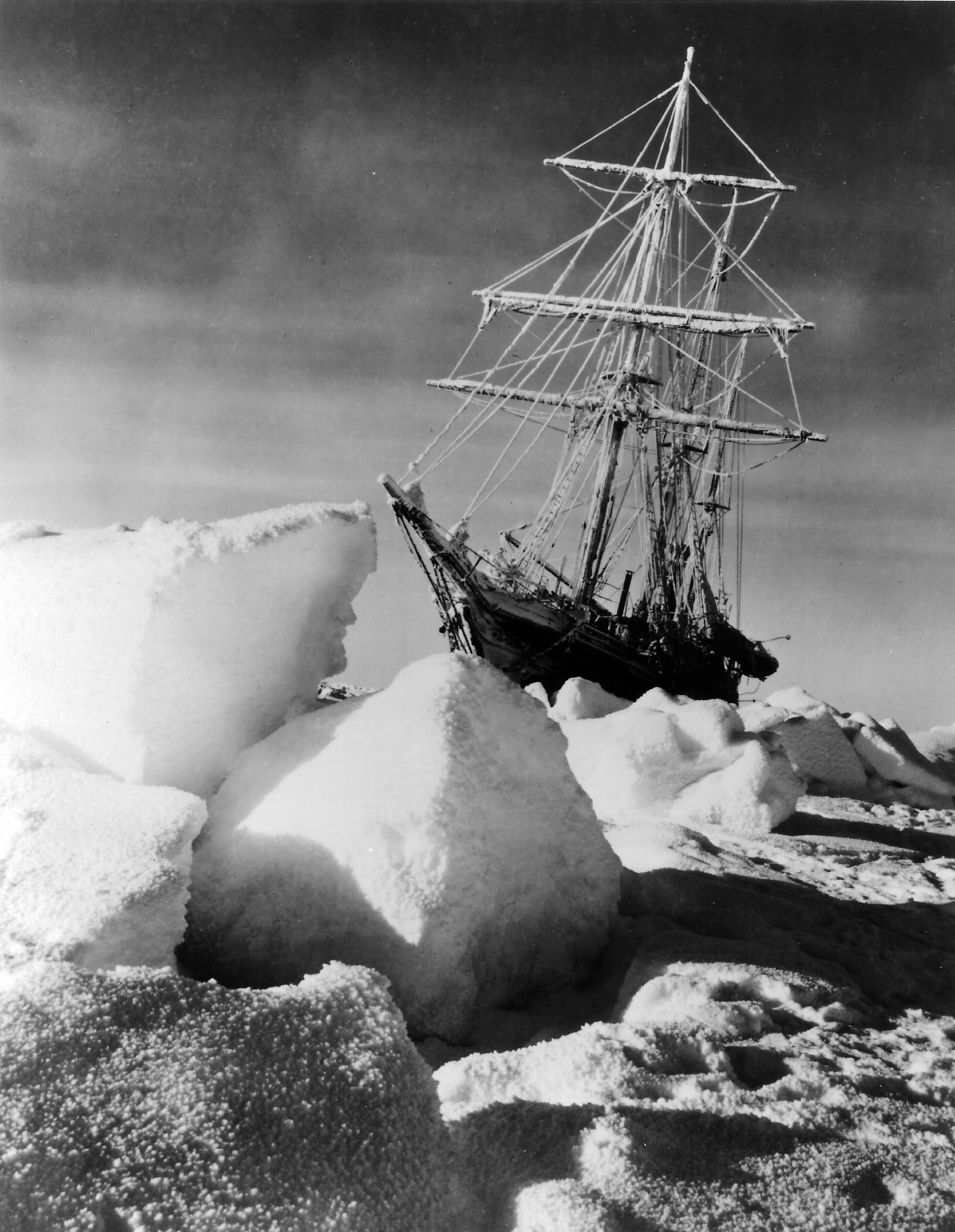 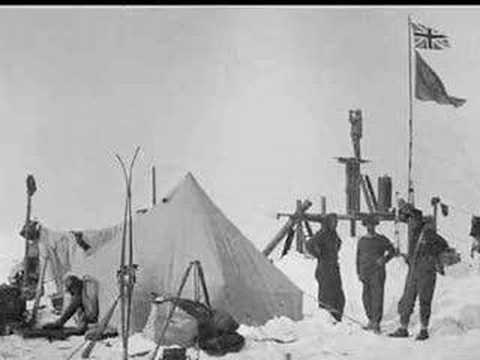 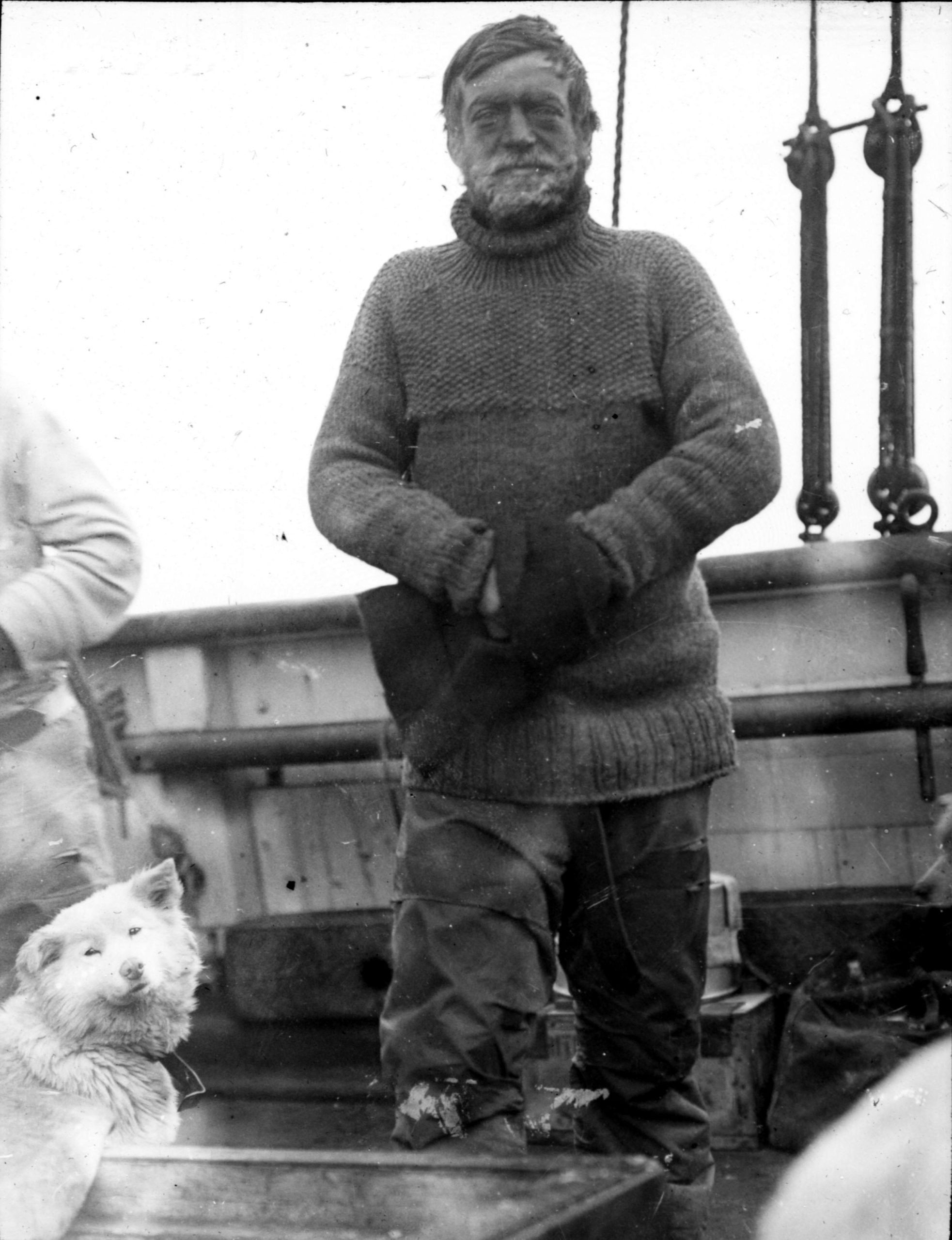 The island is also known for being the place where Ernest Shackleton completed his incredible feat.

His ship was trapped in the frozen sea of ​​Antarctica (January 19, 1915) and later destroyed by ice. They managed to reach the mainland of the Antarctic Peninsula (April 14, 1916) and from there, in a small support boat, he and 5 members of the expedition sailed 720 miles through an area of ​​terrible winds until they reach South Georgia. They hoped for help, but only managed to land on the south coast, where there were no factories. They had to cross, without proper equipment, 50 km of one of the most difficult mountain areas in the world. Finally, they managed to reach the Stromness base (May 20, 1916), raising the alarm and organizing the rescue of the other 24 people who were waiting on an island in the Antarctic Peninsula. Not a single man died.

Shackleton’s advertisement for finding a crew appeared in the London Times before the expedition. This is what it said:

He kept his word.

Shackleton died years later in Grytviken, just before his next trip to Antarctica. His widow wanted him buried there, so he is in the Grytviken cemetery today, along with two other fellow sailors from that voyage.

Ready for a sail to watch a massive amount of wildlife in this remote corner of the world?

In October we set sail from the Falklands to South Georgia